We are tremendously excited to announce that Paul O’Donnell, one of the nation's premier youth coaches, will be joining DUSC as our Director of Coaching in a newly created position within the club.

Paul was raised in “Soccertown, USA” – Kearny, NJ – where he was selected to the Kearny High School Athletics Hall of Fame in 2004. He then attended Columbia University, where he won an Ivy League title and was a 3-time All-Ivy League Selection.

Upon graduating in 1995, he had a brief stint playing professionally in Scotland  followed by playing in the United Soccer League with North Jersey Imperials from 1995-2000. During that time, Paul also taught at Kinnelon High School and coached the Kinnelon Celtic Girls u17 team until 2003 when he co-founded the MetroStars first Academy team. Paul has been with the organization ever since, coaching various Red Bulls Academy teams from U14 to U19 as well as serving as Academy Director in 2016-2017.

During his Red Bull tenure Paul developed over 20 players signed by the Red Bulls MLS team and developed 30 players that have made the professional ranks across the globe. Standouts from this group are Sean Davis, Matt Miazga, and Tyler Adams.  In addition, Paul has also coached over 100 players that have received scholarships to play college soccer. See quotes from Sean Davis and Matt Miazga about Paul below. 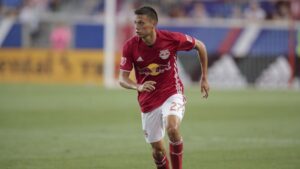 “Coach O’Donnell did a great job of getting the best out of each player and in turn, getting the best out of the group. From effective training sessions, to many individual meetings, to performance evaluations after each and every game, Coach invested an unbelievable amount of time and energy to create one of the best environments I've seen at the youth level. I'm thankful for the time we were able to work together, for the success we shared, and ultimately, a path towards the first team". 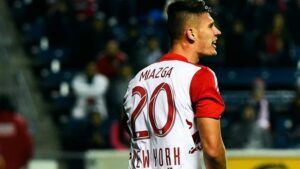 Matt Miazga, USA National Team Player, Deportivo Alaves (La Liga, Spain)
“I had the pleasure to work with Coach Paul in my u18 year in the academy, and to say the least Coach Paul always pushed me and my teammates to the next level and motivated us to strive as individuals and as a team to succeed. I think all the pros that came out from his teams speak dividends to Coach Paul for pushing us through that last phase in our youth careers. What I most remember is Coach Paul's leadership qualities that led our u18 team to consecutive championships and always making his players realize their potential".

Paul is a highly qualified soccer coach and manager with experience in developing players in one of the premier soccer academies in the United States. He thrives on inspiring others to develop both academically and as highly skilled players and well-rounded individuals. Paul obtained the highly prestigious Elite Formation Coaching License from Major League Soccer in conjunction with the French Football Federation in September of 2016 and has been a USSF A licensed coach since 2008. Paul's background and deep level of player development combined with his coaching education make him a great fit for the Director of Coaching role. 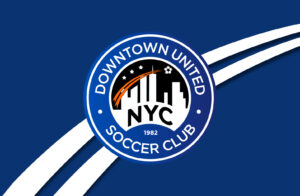 Kevin McCarthy, Executive Director at Downtown United Soccer Club
“As the Director of Coaching for DUSC, Paul will provide support to the Technical Directors of our Academy and Recreation league programs. As our programming grows it is vital we continue to be consistent in our core values and progressive in our philosophy to create a coherent player pathway and learning journey for all our players. This includes expanding the ceiling of possibilities for all our players both on and off the field.”