This month the DUSC Character Strength highlighted is commitment. There are so many positive examples of committed players and coaches at DUSC. However, perhaps our most committed stakeholders are the volunteers in our community. Our Team Parents, committee and board members serve the club every day and stand tall as incredible role models for their children, peers, and our staff. During National Volunteer Month we salute you – our DUSC volunteers – and thank you for all you do at DUSC.

In this spirit of service and dedication, we want to challenge our players to examine their commitment levels to their team, teammates and personal development. So, let’s begin with this: Can you measure commitment?

Let's take a look at the characteristics of each level of commitment.

As the name suggests, resistant players resist being led. They have their own stubborn view of how things should be done and are not open to being influenced. They often do not agree with the team's rules and standards and openly oppose them. They complain about coaches, team mates, practice, weather, etc. Resistant players have not bought into the team and TheDUSCWay but instead pull in the opposite direction.

Reluctant players are not yet willing to buy into the common goal. They hesitantly do what is asked of them, only giving half the effort and enthusiasm. Reluctant players take a "wait and see" kind of attitude. They are skeptical about committing to the team because they are often concerned their investment is not going to pay off.

Existent players are there in body but not in mind and spirit. They show up but give little more than their mere presence. Existent players are apathetic toward the team and the goal - it is of little significance to them. They go through the motions in practice and play with little enthusiasm. It is surprising that they are still a part of the team because they both contribute and gain very little.

Compliant players will do what they are told by their coaches and team leaders. They are obedient, but they lack the initiative to go above and beyond the call of duty. They do only what the coach asks but aren't willing to do any extra. In this way, coaches can rely on compliant players to do what is asked. However, leaders are also a bit frustrated by compliant players because the coach always has to supply the direction and motivation.

Committed players willingly go the extra mile in order to reach their goals. They are self-motivated meaning that they do not need some one else to tell them what to do - or watch over their shoulder to make sure they are doing it. They take the initiative to do what is necessary to get the job done. They lead by example and model TheDUSCWay and DUSC Character Strengths both on and off the field.

No matter what obstacles, adversities, or distractions might stand in their way, compelled players are going to find a way. They prepare, train, and compete at the highest level. This means they never go through the motions or skip practice, they eat well and get the proper rest, and they take advantage of every opportunity to get better. Compelled players not only have high expectations of themselves, but of their team mates too. They inspire and encourage their team mates to a higher standard.

As you examine these different levels of commitment, it is important to consider the following questions:

In which category would you presently rate yourself? Why?

Where do you think your teammates would rate you? Why?

Where do you think your coach would rate you? Why?

Where do you want to be? How will you get there? 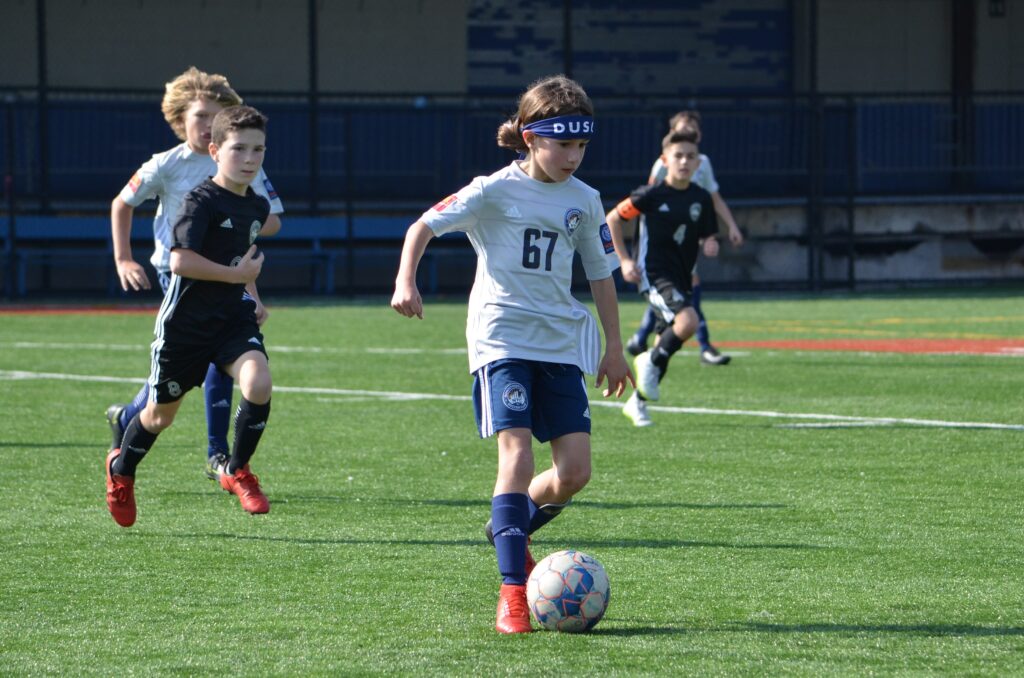